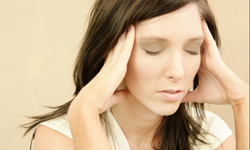 You probably have one of these two beliefs about visualization and vision:

While the second belief is closer to the truth, and could be useful at times, I think it’s backwards. The problem is in your mind, and vision improvement really is about learning to use your mind differently to facilitate good vision. Your eyes are only an extension and operate far too automatically for you to be able to control them consciously.

So what’s the right approach then?

But if you try to practice while you’re awake, looking around at things, it’s going to be hard. Even merely closing your eyes for a few seconds isn’t likely to be enough.

So I recommend working on it through meditation, in a way I’ll describe.

A Bit About the Things in Your Head

While sleeping, you have probably had the occasional vivid dream, or at least vivid at times, even just for a brief flash. If you can do that while you’re sleeping, why not while awake? What’s stopping you?

Or if you have experimented with meditation, you probably have had the same sort of thing, but it’s perhaps more interesting because you are not really asleep and might even be somewhat physically aware. Here the question is even more pressing – If you can do it while meditating, why not while completely physically present?

The interesting thing is when you have a clear image pop in your mind, if you try to “grab” the image and hold onto it, it will fade away. Every time.

The principle of how the images elude your grasp when you try to hold them is even more obvious in your mind than it is when you are regarding an object physically with your eyes. That is to say, you may be able to temporarily get away with a certain amount of force when you are physically looking at something, so the relationship between too much force/strain and your ability to see isn’t so obvious, but with images in your mind that kind of approach doesn’t work even for an instant.

Vivid dreams are a great sign that you aren’t far from being able to see that clearly in waking life. But meditation will bring that ability one step closer to waking life, and that step makes your visualization ability more accessible and “real.” Like learning to walk before you run. There’s a lot going on in your waking life, and the best way to bring your visualization ability out is through meditation. From there, it isn’t so big of a jump to learn to use it while you are fully awake.

But even so, “using” the ability while you are fully awake is more subtle than it sounds.

With continued practice during meditation, better visualization becomes more a part of who you are. As you move from meditation to waking consciousness, things might appear clearer. Or it might feel so easy to make things appear clearer by following a couple simple rules I have described elsewhere like looking for the smallest details. Earlier you attempted to do the same thing and failed, but after visualization practice while meditating, suddenly it’s possible.

When newbies sometimes ask, “Will I have to keep doing the exercise once my myopia is cured?,” the answer isn’t so easy. The answer is if you recover your vision, you won’t come out unchanged. The way you see will be different.

This will work best if you already occasionally notice flashes of imagery while you are half-asleep. It is merely a matter of getting to that point and addressing the imagery directly in the right way. If you aren’t able to do that yet, skip below for more suggestions.

If you feel your eyes tense up, it’s a sign you are trying to grab onto the images instead of letting them appear and disappear. When you perceive the images and you feel like you “see” them with your eyes and try to use your eyes. remind yourself that it is happening outside your physical body and has nothing to do with your eyes.

If that procedure doesn’t work for you, consider trying the Gateway Experience audio CDs, particularly the first set (Wave 1) that is a lot more reasonably priced if you buy it used. It contains a series of tracks that gradually guide you towards a meditative state. He put a lot more thought and experience into it than I did with the instructions above.

Another thing that might help is limiting your sleeping time at night to 4 or 5 hours and taking a nap at some point later in the day for up to a few hours if needed. One thing this does is blur the separation between your waking and sleeping life, so that the “in-between” meditative states are more frequent and become more accessible to you.

If you feel yourself unable to lie still, it could be a diet issue that’s messing with your system and putting you on edge. When I eliminated all grains, other heavy starches like potatoes, and all high sugar foods like fruit and junk food, this become much easier for me. I’m always tinkering with my diet, and I’m still not totally happy with it, but just consider the idea that your diet could be causing this.

Got any visualization tips or videos to share with the rest of us? Post in the comments!

David, thanks! This is great and I’ll be sharing it on my own page. I know someone who improved her vision enough to get the eyeglasses restriction removed from her driver’s license just by meditating, doing no specific vision training. I agree relaxing the mind is essential, and meditation does that. If someone needs an alarm to pull them out of the meditative state, I recommend using something with a soft and gentle tone, like a chime. If you’re jarred out of meditation by a loud noise it can rattle you and ruin the relaxation. Thanks again — have I told you that you should write a book?

Those loud alarms are the worst. I used to wake up to one of those in college, and it jarred my nerves every time. I have a nice gentle one on my phone that I use now.
Well I’m not surprised that she did it just by meditating. Done right it’s effective for all kinds of stuff. But then some people who are really into meditation still wear glasses… Even the Dalai Lama for example. Did she do lots of work with visualization/hynpagogic imagery?

David, she is an energy medicine classmate of mine. Since she knows I’m interested in vision improvement, she volunteered one day that her eyesight had improved, and all she’d done was meditate. When I pressed for details, she really didn’t have any. In our healing work we do sense into what the body is doing, and some people see symbolic images, but I don’t know if this is a strong ability of hers or not. Her prescription was pretty low, -2 at most. Sorry I don’t have more to offer. She seemed to think it was no big deal, an incidental not worthy of a lot of attention, where I’d be turning cartwheels and wanting to know every single tiny thing I was doing right so I could keep doing it!