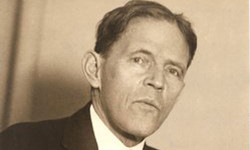 Who was Dr. Bates? How did he revolutionize eye care? How in the world did Bates come to his conclusions?

Dr. William Horatio Bates was a New York City ophthalmologist (medical doctor specializing in eye care) who pioneered a form of vision therapy that later became known as the Bates Method, a way of reversing various eyesight problems by means of mental focus, relaxation, and other training.

By the way, for a more boring technical timeline of Bates’s life and work, see my Timeline of William Horatio Bates.

100 Years Ahead of his Time 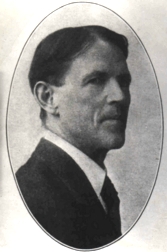 Dr. Bates was way ahead of his time.

It wasn’t until the 1960s that the scientific and medical communities began recognizing the concept of stress-related disorders.

Even today, nearly a hundred years after he published his landmark book, Perfect Sight Without Glasses, our society is still only beginning to understand the immense power we have over our bodies and the medical conditions we suffer. A growing number of speakers, authors, and medical professionals are standing up to point out how we do have the power to reverse any number of both mild and serious conditions by means of focused thought, changing our behavior, changing our diet, or other natural therapeutic methods. As of 2012, 33% of Americans reported using complementary (alternative) health approaches.

As the extreme example of the mind-body connection, dozens of cancer patients with hopeless terminal cancer recover spontaneously each year, without treatment, if not more. This is documented and absolutely unexplained by medical science.

Common cases of poor eyesight such as nearsightedness and presbyopia (old-age sight) are not considered serious medical conditions, but people do reverse them by means of the right training. More serious diseases of the eye have been reversed also. 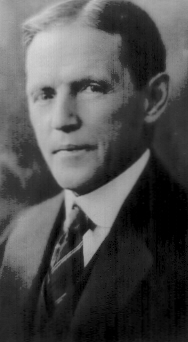 Today there are hundreds of people worldwide actively teaching the Bates method or variations of it and countless websites promoting it. Every day more people are being exposed to it and improve their vision.

We owe this to Bates. If he didn’t jump-start this radical way of thinking about vision, who would have?

Certainly he didn’t invent the idea of treating vision problems with methods such as this. The methods are based on the principles of how vision naturally works best, and it’s undoubtable that people in the distant past figured some of this stuff out too.

It’s similar to how the Seth books jump-started the New Age movement in the early 1970s. There were pieces of such ideas in books before it, including in religious texts, but the Seth books presented a comprehensive look at the power of the individual to shape reality, with so many elements that were not found anywhere until then. Where would the movement be without them?

Where Palming Came From

One of the primary exercises people attribute to Bates is palming, cupping both hands slightly over the closed eyes in such a way as to exclude light and not touch the eyes. He wrote about it many times in his magazines and in his book. In his private practice he had patients palm for several minutes before doing anything else, to get them relaxed and ready to practice.

Where did he get the idea of palming? It’s an old yoga exercise. Physically it’s exactly the same. In yoga I’ve read descriptions of thinking of chakras and things like that while palming, but Bates just stuck to simple visualization with no connotations attached. Keep in mind that in 1920 yoga was unheard of in US culture. Maybe Bates found a book in a library on yoga and got the idea from there, or maybe he ran into an Indian yogi that had immigrated to New York. Who knows?

Interestingly, I don’t think Dr. Bates used the word visualization. Maybe it was just wasn’t in the lexicon of the time. Instead, he talked about memory and imagination.

Today people into natural healing have learned the importance of clearly visualizing what they want. In a practical sense it’s totally necessary when you’re creating or changing anything at all. Artists visualize their work before they create it. Architects visualize their completed structures. Everything we humans have created has started with visualization or some other kind of imagination. Today we have taken the concept even further to assert that even the act of visualizing, particularly in combination with an emotional component as speakers like Gregg Braden have espoused, has an effect in itself. Regardless, it directs your mind, subconsciously and consciously, to align your actions in accord with that goal you have so powerfully established.

In the beginning Dr. Bates was having patients work mainly with the eye chart. While their eyes were closed he had them visualize letters, in certain ways, so he was very fond of having them visualize a simple black period. He knew that vision occurred in the mind, and the eyes were only partly responsible.

His assistant later found that if they visualized nearly anything else at all it would have the same positive effect on their vision during the procedure.

His Study of School Children

Starting in 1902, newspapers had a serious of articles on Bates’s sudden disappearance from New York. At the time he was a prominent eye surgeon and former lecturer at the medical school. He was still doing experimental work on his methods, so he was still considered in traditional medical circles to be a respected doctor. He had, after all, been one of the first surgeons to perform astigmatic keratotomy, one of the first procedures to correct refractive errors (we have LASIK today), and he is credited with discovering medical properties of adrenaline.

During his absence, he spent at least some of his time in Grand Forks, ND, where he ran studies on the eyesight of children and how to prevent myopia from developing. He found that just by reading the eye chart once per day, with both eyes open and with each eye separately, the kids with myopia had improved vision, and those without myopia kept their good vision. He later did similar studies with New York schools. He laid out the data in a couple medical journal articles, and the results were quite significant. Of course, they were mainly ignored by his peers.

Bates came under a lot of fire for daring to challenge mainstream medicine. He totally bucked the system. He stopped prescribing glasses to patients. If a patient already had glasses, he would get them out of them immediately and teach them to see better without them.

While he was in a instructor position at a teaching hospital, he took the glasses off myopic students and helped them reverse their myopia. For daring to go against mainstream thought, he was kicked out of the institution.

Bates himself had developed presbyopia, an inability of the eyes to adjust focus to the near point, common in older people. He was criticized for having bad vision himself, when he was constantly claiming to cure myopia in his patients. So he set out to do more experimentation and through it he successfully reversed his own presbyopia, to the point where he could see clearly both at 20ft and at reading distance.

In his day, there was no such thing as alternative treatments or holistic medicine. The medical establishment had always been in a state of change, but like always, their defended their current state of affairs with zeal. Today we’re spoiled. Everyone knows that alternative treatments are available for pretty much everything. Not everyone goes for it. Some people still trust in conventional medicine for everything, particularly much our older generation and also anyone who has grown up in a medical family. But few people will look at you like you’ve lost your mind if you talk about having acupuncture or are getting an opinion from a naturopath, nutritionist, or seeing a natural healer, instead of going with your primary care physician’s advice for drugs or surgery.

Despite the criticism, he continued treating patients with his methods throughout the 1920s. He applied it successfully to enough patients with cataract, glaucoma, and other eye diseases that he published articles about them as well.

His biggest legacy, besides his 1920 book, are the 11 years of Better Eyesight, a monthly magazine he self-published from 1919 to 1931, containing articles by him, his assistant, other medical doctors, and patients. This is what we draw from today as representing the basic Bates method.

But it’s been a hundred years, and things change. Our understanding of the mind and body has grown by leaps and bounds. Modern teachers of natural vision improvement incorporate not only the Bates method, but modern systems such as Emotional Freedom Techniques, clinical psychology, nutrition, meditation, and other natural techniques, depending on the background and experience of each teacher.

However, now we have an explosion of nearsightedness over the last few decades. The need for natural methods to prevent and reverse the condition is higher than ever.

The way I see it, this means there’s an opportunity for us to reach more people than ever. The bigger the problem, the more powerful the impact of the solution.

Does this method assist with far sightedness? Al so I had a torn retina a few years ago which was repaired, thankfully but sight in that eye is much less than before.

The best one I’ve seen! Photos were rare in those days.

Will the course address how to get rid of astigmatism?

I don’t think so, probably just myopia. But they do often go together, so the causes are much the same.

i really enjoy reading your articles – thank you so much. I can’t wait for your mini-course.