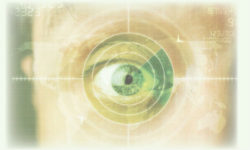 The article which follows below, “Eye Doctors Don’t See Eye to Eye,” was originally published in the July-Aug/2015 edition of New Dawn magazine alongside my main article, “Free to See: Reclaim Control of Your Eyesight Care.” The article is reprinted with permission from New Dawn.

The impetus for me writing both articles was a Canadian consumer watchdog program that originally aired on television in 2012, Marketplace: Framed.

In the introduction to my main New Dawn article, I stated:

“To promote the program before it aired, the network posted an online news article summarising the findings, which prompted hundreds of posted comments.  The theme was generally the same, with people venting their anger over price gouging. However, one particular post jumped out at me, because the person addressed an issue which has more serious implications beyond a monopoly on market prices.

The individual who posted his feedback began wearing eyeglasses as a young child and, on the optometrist’s advice to his parents, received stronger prescriptions each year as his eyesight continued to deteriorate. Many years later, he visited a different eye specialist who discovered that his prescription had been far too strong. The online comments went on to say, ‘those of us who must wear glasses are pretty much held hostage to an industry that takes advantage of our need.’ “

Being held captive by a mega-industry is precisely what social critic Ivan Illich, author of the groundbreaking 1975 book, Medical Nemesis: The Expropriation of Health, had previously defined as a “radical monopoly.” “By ‘radical monopoly’ I mean the dominance of one type of product rather than the dominance of one brand. I speak about radical monopoly when one industrial production process exercises an exclusive control over the satisfaction of a pressing need, and excludes nonindustrial activities from competition.”[i] He further stated that a “radical monopoly feeds on itself. Iatrogenic medicine reinforces a morbid society in which social control of the population by the medical system turns into a principal economic activity.”[ii]

Such totalitarian control by global industry goliaths is what author John Perkins calls a “corporatocracy.”[iii] Is it any wonder that natural vision improvement continues to be dwarfed as a fringe element? However, more and more people nowadays are refusing to be trapped by the tentacles of the disease-care system, breaking loose from the purveyors of optical poison, choosing the more holistic and natural approach to better eyesight.