"> Relaxation is a Paradox with Natural Vision Improvement
Skip to content 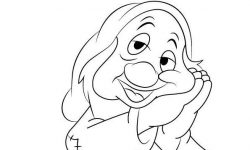 Have you ever awoken in the morning with a painful cramp in your lower leg? When you arise, is your back so stiff you have trouble bending over? It might take you quite awhile after being up and around to get the kinks out. You’d think that your muscles would be most relaxed while sleeping, but they seem to tense up instead.

If you’ve ever had an injury where a limb has been immobilized for a few weeks – whether in a sling or a cast – the situation is even worse than sleeping overnight. After I had dislocated my shoulder several years ago, it took a couple of months of physical rehab therapy to be able to raise my arm higher than shoulder level and up over my head. It probably took at least five years where the muscles felt as though they had fully recovered from the strain and tension and the full range of motion was restored.

According to Dr. Bates, strain is the culprit behind blurred vision. The onset of blurred vision such as myopia is most likely a continual mental strain of some sort, whether in the classroom or as a result of some other stressors in life. Once eyeglasses are prescribed and worn all the time during the day, muscular tension gets locked in to a greater degree, as if wearing a sling or cast. Once the strain has developed to a high level, it’s no easy task to reverse it.

Muscular strain seems to have its own agenda, being very resistant to easing up by such notions as “mind over matter” or “make your own reality.” Trigger points are usually the cause of muscle aches and pains and they’re very stubborn knots. Author Clair Davies, who was an expert on trigger point therapy, put it this way: “Nothing subtle will do. Trigger points don’t respond to positive thinking, biofeedback, meditation, and progressive relaxation. Even physical methods can fail if they’re too broadly applied.”

Bates commented on why sleep doesn’t relax eyestrain and improve one’s vision. “The eyes are rarely, if ever, completely relaxed in sleep, and if they are under a strain when the subject is awake, that strain will certainly be continued during sleep, to a greater or less degree, just as a strain of other parts of the body is continued.” He even discovered that some people who had normal vision when awake would produce various types of refractive errors when they were asleep.

Palming and meditation certainly provide a peaceful respite, but neither technique has ever given me flashes of near perfect vision. My flashes only occur either 1) spontaneously with oppositional movement – when I’m going about daily activities and not doing any specific technique; or 2) when I bring on flashes using self-massage, focusing on releasing trigger points in my temple, cheek and jaw areas. (Trigger point therapy also works wonders for those nasty nocturnal calf cramps that sometimes occur!)

What is pure relaxation of the body? Is it static relaxation, which is complete and utter stillness? Such a definition sounds more like rigor mortis. The relaxation that Bates meant was dynamic relaxation. Life is movement. All the senses involve movement, and healthy, clear vision requires continuous, relaxed movement. That’s the paradox. Bates stated, “When a person has normal sight the eye is at rest, and when the eye is at rest, strange to say, it is always moving to avoid the stare.”

Yes, there seem to be quite a few inherent paradoxes in NVI. But I think learning to accept those and somehow make “sense” of them is part of that particular journey, and paradoxes are apparently also a domain of the right hemisphere, which kinda makes them even more interesting and possibly fruiful 🙂 To me, there seems to be a lot of “open focus” (Femi; not be confused with “excentric fixation” or “diffussion” – another paradox?) required here.

But I actually wanted to ask something: Can you recommend a source / handbook / manual etc. for the facial trigger point therapy you’ve mentioned, Doug? There are numerous sections on self-massage in the books I have read, but your source/approach sounds more specific somehow. And don’t worry – I’m not looking for the ‘definite guide to curing all my ailments, visual and otherwise’, just some suggestions worth looking into. Thanks.

Hi Roman,
Check out the Trigger Point Therapy Workbook for more specifics about TPs in the head, face and neck. Also see this link: http://www.triggerpoints.net/head-and-neck

Great – thanks a lot, Doug! Particularly for that online resource.

Hi Doug,
Am looking for suggestions as I am suffering frequently from seeing geometric patterns of light even with eyes closed & blurring of vision triggered by exposure to “bright light” ( normal for others). This lasts for upto 30 mins-may be stressed induced. Doctors say it is Dry eyes syndrome and prescribe use of Tear drops. Some say it is migrane.
Onset is slight blurring of vision accompanied by geometric patterns; I normally close eyes and put on sunglasses but once it starts the geometric pattern of light builds up. Towards end have a slight heaviness in the forehead. Your inputs welcome.

I’ve never experienced the symptoms you describe, nor do I recall reading about such symptoms for others.

Geometric patterns. That’s interesting. It reminds me of a recent contestant on the show, The Voice, who said she sees colors when she hears music. Her condition is called synesthesia. However, for you, it’s the same sense that’s triggering the patterns.

I’ve suffered from high sensitivity to brightness. It was especially bad when I first started NVI. I loved being outside without wearing eyeglasses as much as possible to be more aware of central fixation (what I call concentric focus), 3D depth perception, apparent motion, and such. When I would get back inside under artificial lights, though, my natural eyesight was much more blurry than when I first went outside. The worse blur would last for what seemed like a couple of hours. This sensitivity has definitely abated considerably over the years, and my pre-outside clarity recovers quickly now.

Sorry, but I don’t have any suggestions to offer other than trying different Bates relaxation techniques and being patient over the long run. It may take a long period of time before you notice slight improvements.

dropping propolis in the eyes helps, drinking 1 tea spoon of hydrogen peroxide with carbonated water helps, and don’t look at led light (any energy saving lamp for that matter) as that is visual pollution and hurts the eyes, suppresses melanin generation and aids in sleeplessness

Oh wow. I recently had a very similar(?) experience while traveling by train on a very sunny day. I was sitting at the window, and the sun came straight from the right, often through stretches of naked trees. Once in a while I closed my eyes – and … flash after flash after flash of highly(!) geometric patterns (checkers, stripes circles …) in ultra quick succession. I’m highly myopic (last measured 5 or so years ago at -7.00, haven’t been since). But wasn’t wearing any lenses of course.
Your description of “onset of blurry vision accompanied by geometric patters” also reminds me of the “migraine auras” I’ve come across recently. There is a book on the topic by Richard Grossinger that explicitly makes the connection with blurry/failing vision.

Edit: Oh – I see … you’ve already heard about the possible migraine connection … I should really read a bit slower.

Thanks for the post, Doug! Always good to have another perspective on relaxation. I had that book some years ago but I don’t remember studying it much.