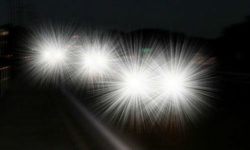 In recent decades, the quest for a novel approach to treat blurred vision took a technological leap with the advent of refractive eye surgery. It’s more commonly known as laser eye surgery, or by the acronym of LASIK, a popular procedure. In a way, this technology is attempting to turn full circle back to Mother Nature’s design, touting 20/20 vision with a natural appearance and no fuss. According to the industry, these purported outcomes involve minimal risk and have a high patient satisfaction rate – or so they claimed.

More and more cases of patients with negative outcomes eventually came to the forefront, with stories reported in mainstream media and on websites warning of the dangers. Post-surgery consequences ranged in scale from continual annoying symptoms to disabling complications and worsening eyesight. Some patients required corneal transplants. Tragically, a few cases ended in suicides. The furor prompted the U.S. Federal Drug Administration (FDA) to publicly hear statements from affected patients and families.

At the conclusion of the 2008 hearing, the FDA panel reiterated that refractive eye surgery, like any surgery, has its risks but supposedly had an excellent overall track record. Nevertheless, to bolster the safeguards, they recommended enhanced patient screening methods and further post-operative studies by the industry. (Interestingly, the eye doctor who chaired the FDA panel wears glasses. Although she regularly performs refractive eye surgery, she chooses not to undergo the procedure herself, citing one of the reasons as an aversion to any level of risk.)

Following the hearing, the FDA launched a “LASIK Quality of Life Collaboration Project” study which was completed in 2014. Preliminary study findings included the following:

Based on this project study, the FDA acknowledges the public health impact of laser eye surgery: “Given the large number of patients undergoing LASIK annually, dissatisfaction and disabling symptoms may occur in a significant number of patients.” Their preliminary conclusions are to conduct further studies and “to explore avenues to better inform patients and physicians about LASIK risks.”

Critics of LASIK and patients victimized with poor outcomes contend that the study simply confirms what they’ve known all along. They suggest that larger and better designed studies would result in higher reported percentages of dissatisfaction and disabling symptoms. They’re also of the opinion that the procedure is unsafe and should be banned.

One such critic who now recommends banning the procedure is the former FDA chief scientist in charge of originally approving laser eye surgery in 1998. Morris Waxler claims the industry misled the FDA at the time with biased statistical data which cited a very low percentage of patients with permanent adverse events and side effects. When reviewing more current industry data independently of the FDA study, he was alarmed to find the percentage rate to be at least twenty times higher. Had such data been available in 1998, he suggests that the FDA would not have approved laser eye surgery devices.

Waxler petitioned the FDA in 2011 to withdraw its approval of all laser eye surgery devices and to issue a public health advisory of what he calls an “epidemic of permanent eye injury.” In 2014, the FDA responded with a denial of the public petition request, which was surprising in light of their recent study findings. The denial prompted Waxler to formally request reconsideration of the petition, and the debate continues to oscillate between these parties. All the while, patients continue to line up in droves, willing to undergo the procedure in the false belief that they are virtually completely safe from any negative outcomes.
Sources